Shattered containers remain in front of towering grain silos gutted in the August explosion at the Beirut port that claimed the lives of more than 200 people. 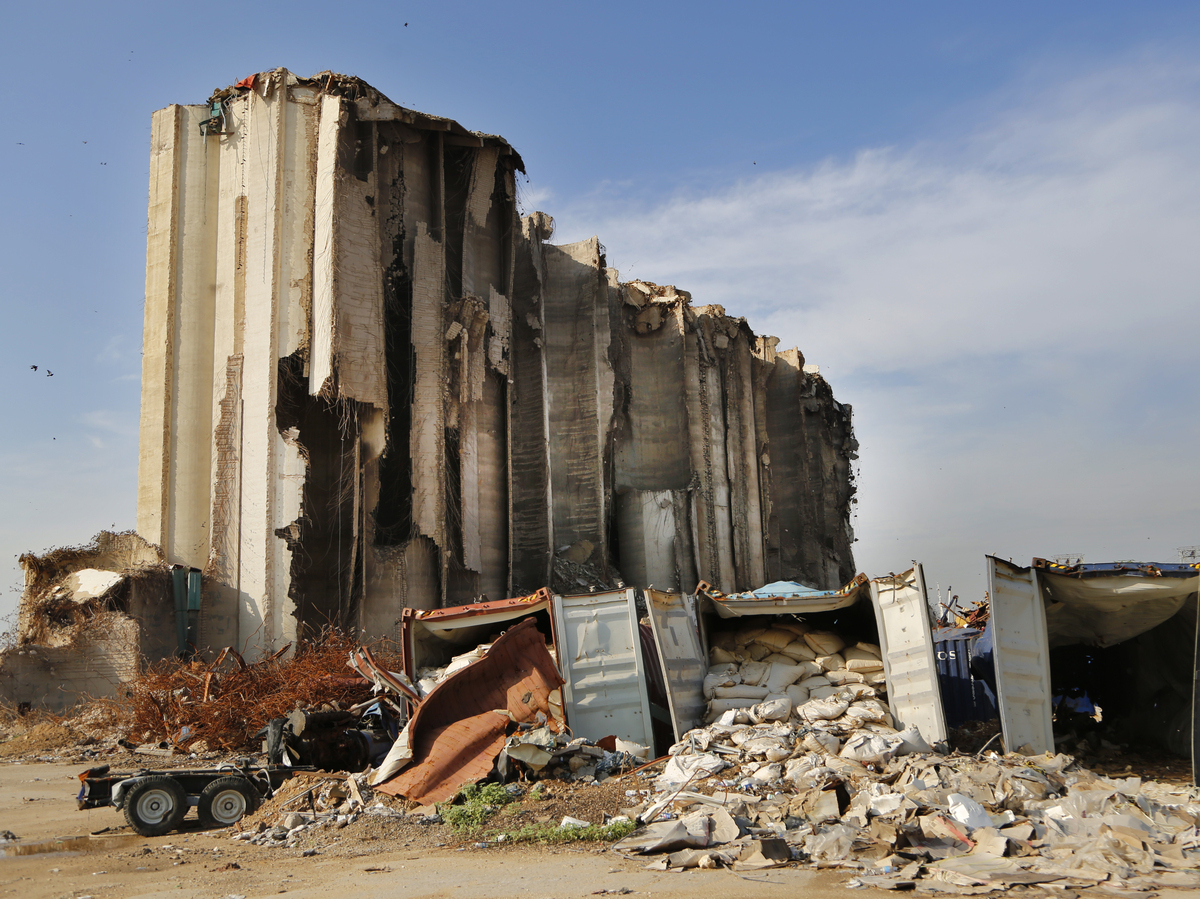 Shattered containers remain in front of towering grain silos gutted in the August explosion at the Beirut port that claimed the lives of more than 200 people.

Lebanon’s caretaker prime minister and three former ministers have been charged with negligence in connection with the deadly blast at Beirut’s port last summer, according to Lebanese state media.

They are the highest-ranking officials to date to face charges linked to the explosion, though dozens of others, including security and port officials, have also been accused. The blast on Aug. 4 was caused by nearly 3,000 tons of ammonium nitrate, a highly volatile substance, left haphazardly in a warehouse for years.

It killed at least 200 people, injured thousands, and devastated large areas of Beirut.

They are accused of failing to take sufficient measures to prevent the devastating explosion. According to local media, they had received several written notices warning them of possible impending danger.

Diab said his “conscience is clear.” In a statement published by the state news agency, the caretaker prime minister said “he has handled the Beirut Port blast file in a responsible and transparent manner,” and that he “will not allow the Premiership to be targeted by any party.”

Diab and his cabinet resigned several days after the blast, but have remained as a caretaker government.

The four defendants are scheduled to be interrogated next week.

Trailer For “Godzilla vs. Kong” Promises An Epic Battle

Bulls to be without Carter Jr. for at least 4 weeks