Demonstrators wait with green headscarves — the symbol of abortion rights activists — outside the Argentine Congress in Buenos Aires, where lawmakers endorsed a bill to legalize abortion 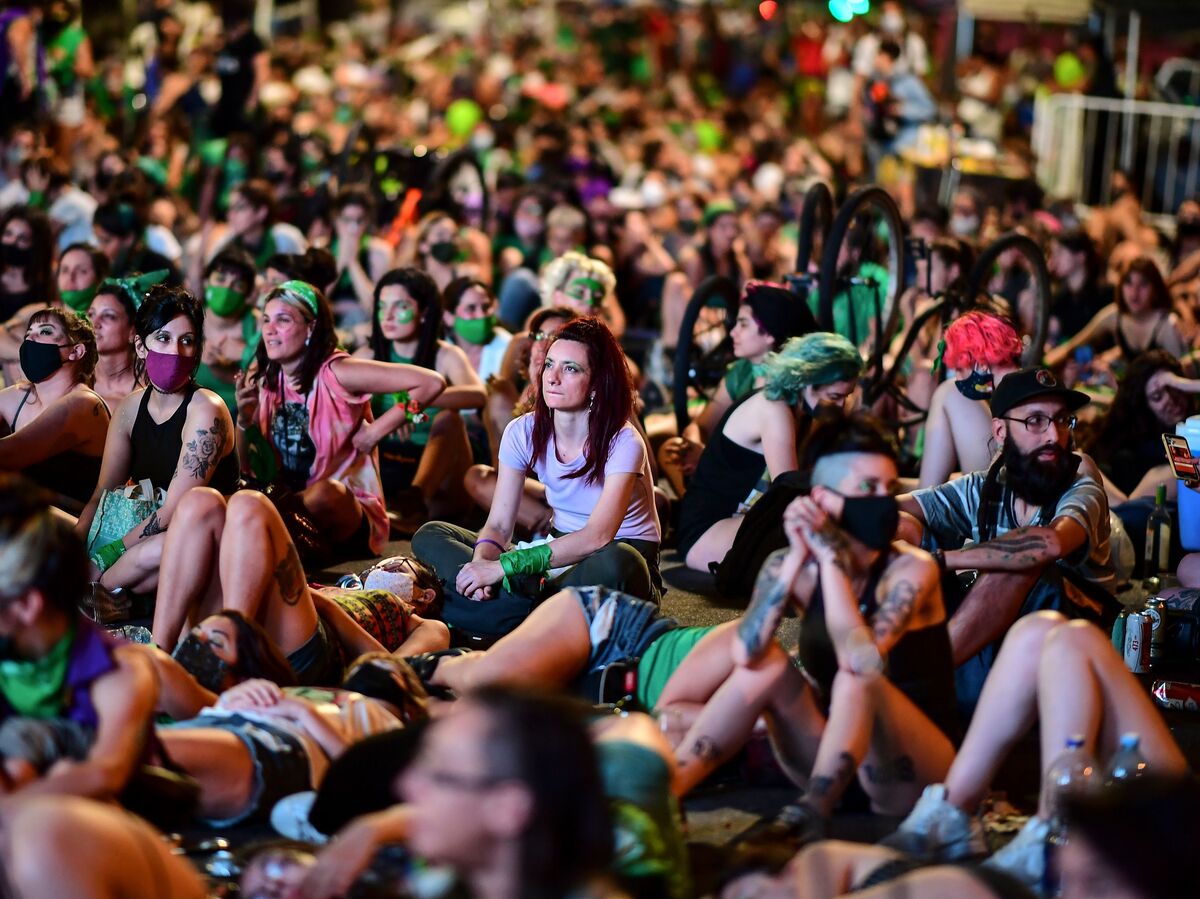 Demonstrators wait with green headscarves — the symbol of abortion rights activists — outside the Argentine Congress in Buenos Aires, where lawmakers endorsed a bill to legalize abortion

Argentina’s Chamber of Deputies approved a bill making abortion legal early on Friday, in a much-debated vote that many in the predominantly Roman Catholic country are describing as historic. The bill now heads to the senate.

“Today we write a new chapter in history,” Argentina’s Women, Genders and Diversity Minister Elizabeth Gómez Alcorta tweeted after the approval of the Voluntary Interruption of Pregnancy bill.

The new legislation would allow an abortion during the first 14 weeks of pregnancy. Argentina currently outlaws abortion except in cases of rape or if the mother’s health is in danger.

Lawmakers started formal debate of the bill on Thursday; it wasn’t until the early hours of Friday that the chamber voted to approve the measure.

Several deputies said the change would bring regulation and remove stigmas from a practice that is already carried out clandestinely. But Deputy Graciela Camaño said that through the measure, “what is being done is to enable to discard the life of a human being.”

Other lawmakers emphasized that women must have the right to make their own choices about reproduction.

“The world is unjust, but the answer is not in our uterus,” Deputy Gabriela Cerruti said via Twitter. On the contrary, she added: “The world is unfair because it was built 500 years ago on a system based on the exploitation of women.”

The vote — 131 in favor, 117 against and 6 abstentions – set off celebrations on the floor of the chamber, where the bill’s backers, many of them wearing green to show a unified front, shared hugs. The margin was slightly larger than a similar 2018 bill that was later rejected by the Senate.

Argentina’s move toward legalizing abortion is being closely watched, in part because of the longtime influence of the Catholic Church on the country, the home of Pope Francis. If the bill is enacted, it would signal a shift in a region that has long restricted the right to end a pregnancy. Currently, Uruguay and Cuba are the only Latin American countries that allow abortions upon request, as NPR’s Scott Neuman has reported. In South America, Guyana and French Guiana also allow the procedure on request.

Despite those restrictions, U.N. health researchers say, women in Latin America have more than 6.4 million abortions each year — and only one in four of those procedures were deemed safe, according to the researchers’ 2017 study on abortion safety.

Trailer For “Godzilla vs. Kong” Promises An Epic Battle

Bulls to be without Carter Jr. for at least 4 weeks