A Brief History of Settlers of Catan | The Fact Site

Settlers of Catan, or Catan, has become one of the world’s most popular board games.

It has gone on to win awards and become the first German board game to sell outside of Europe.

Here is a brief history of the game concept and where it sits within the board game world.

Settlers of Catan was invented in Germany.

Settlers of Catan was invented by German dental technician Klaus Teuber and was published in 1995.

The game was first published in German with the title “Die Siedler von Catan.”

Teuber had previously designed board games as a hobby, and Catan was one of these.

In a blog post written by Teuber, he explains that his inspirations for the game came from Viking settlers.

The game is based on the concept of a fictional island in the Atlantic Ocean named “Catan.”

The resources and landscape design is based on similar elements to that of Norway and Iceland.

Teuber believed that if anyone were to find the fictional island of Catan, it would have been the Vikings, so he based the look of the game on inspirations from the Vikings.

Settlers of Catan: The board game explained. 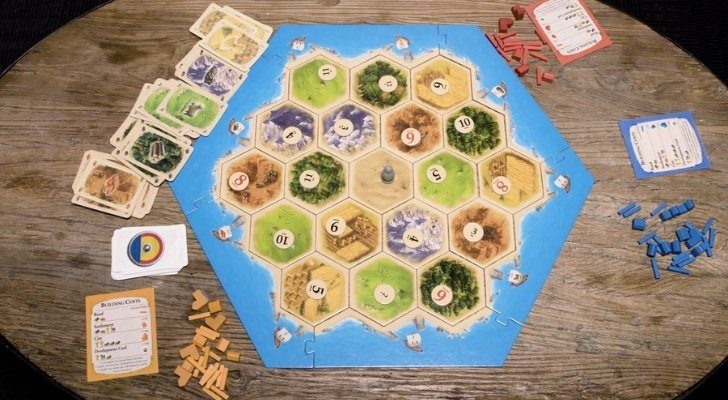 The game is for up to six players.

The concept behind Settlers of Catan is to obtain land and build from resources that you forage.

The player takes on the role of a settler, and trading resources is encouraged to help expand your settlement.

As the settlements grow, you gain points and the first player to obtain a set number is the winner.

This is usually ten points, but it is up to the players to decide before starting.

There are 30 different versions and extensions of Settlers of Catan. 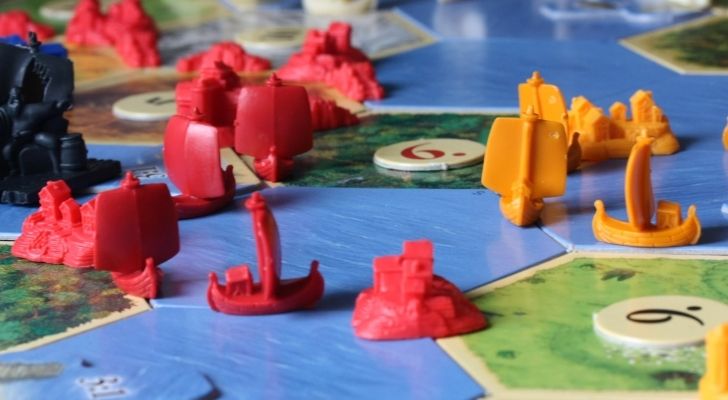 As of 2021, there are a total of 30 different expansion packs and variations of the game.

Catan has also been produced in 30 different languages since 1995.

The game was initially designed for three to four players until an expansion to allow up to six players was released in 1996.

Following this, Teuber began to release themed expansion sets, the first of which was Seafarers of Catan, released in 1997.

This expansion allowed settlers to obtain ships and therefore cross oceans to explore an archipelago of islands.

The next major expansion pack was Cities and Knights of Catan.

This expansion was released in 1998 and allowed players to create new resources such as coins, paper, and cloth.

Other variations of the game include Star Trek Catan, Game of Thrones Catan, and Catan Junior.

Catan’s tenth anniversary was a big one! 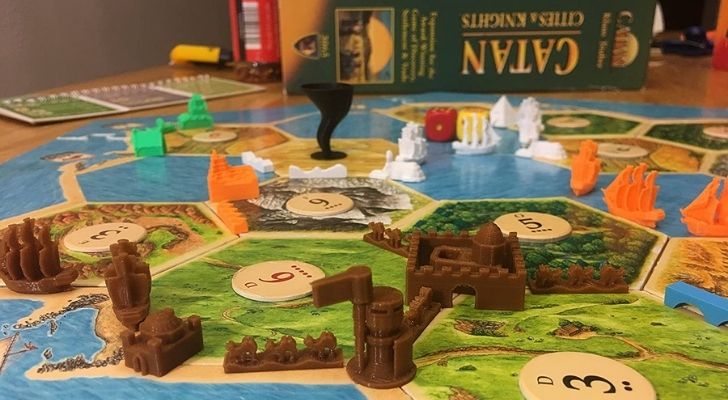 A special edition of Catan was designed for the tenth anniversary in 2005.

This saw the base pack and expansion pack “Cities and Knights” presented with hand-painted 3D tiles and playing pieces.

In 2015 to commemorate the 20th anniversary, the Catan line was rebranded.

Originally the board game was called “The Settlers of Catan,” but as part of the rebrand, it became known as “Catan.”

The world’s largest game of Catan had 1,040 players. 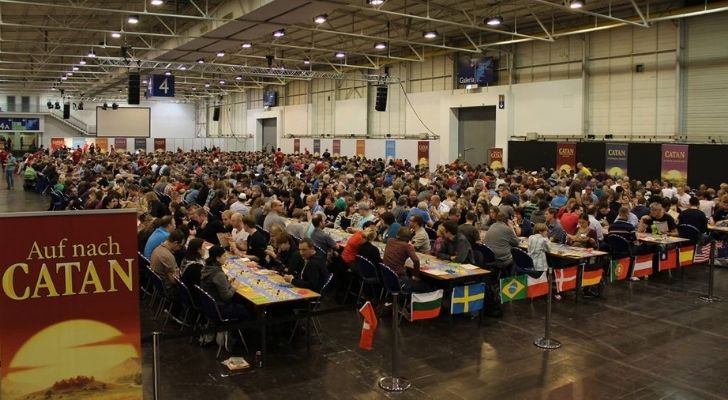 You might be used to playing board games with a few friends, but more people are needed when it comes to world records.

In 2015 an incredible 1,040 players, including Klaus Teuber, put together the world’s largest game at Germany’s Spiel convention.

The previous world record title was held by a game in Indianapolis, Indiana, with 922 players. 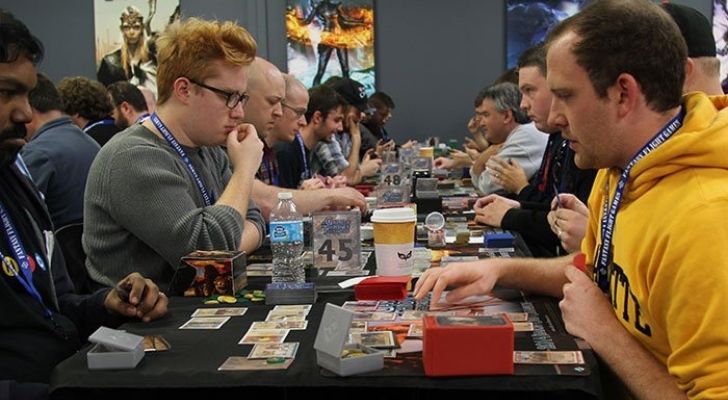 Catan has become such an iconic board game that there is a world championship tournament.

The first tournament was held in Essen, Germany, in 2002.

The Catan World Championship took place at the International Spieltage every year until 2008.

Following this, it was held at Gen Con Indy in the USA.

The tournament now takes place every two years and alternates between the USA and Germany.

There is a maximum of two players to represent each country, and there have been up to 40 countries competing.

Due to the Covid-19 global pandemic, 2020’s tournament had to be postponed to 2021, making it the first-ever tournament to be canceled.

As well as the Catan World Championship, there is the U.S. National Championship held every year at the Origins Game Fair, Columbus, Ohio.

Catan turned into a book. 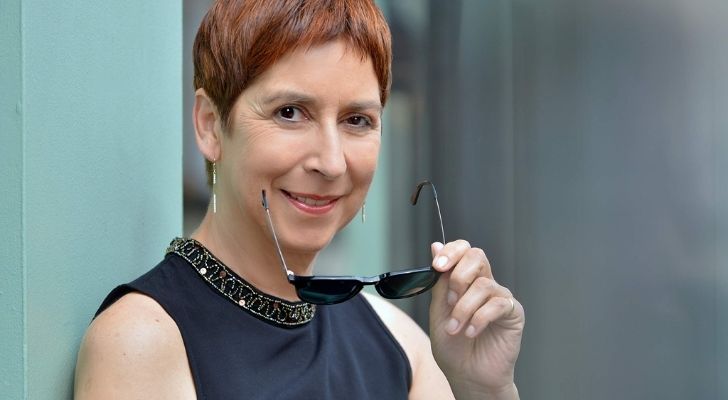 Teuber had always dreamed of turning the game into a book but was unsure of his capabilities of writing a successful story.

In 2001 he met up with German author Rebecca Gablé to discuss the concept and to propose a collaboration.

In 2003 Gablé published the historical fiction novel The Settlers of Catan, based on Teuber’s board game.

Set in 850 AD, the novel explains how the Norse seafaring community found the island of Catan.

Initially, it was only published in German until 2011 after high demand; it was then translated and published in English.

Settlers of Catan is one of the world’s most-played board games under Monopoly.

Its historic qualities teach the player how to be a tactical trader and how a settlement would have been built in the Viking age.

With over 22 million copies sold within the first 20 years, the board game has continued to grow and expand in many directions.